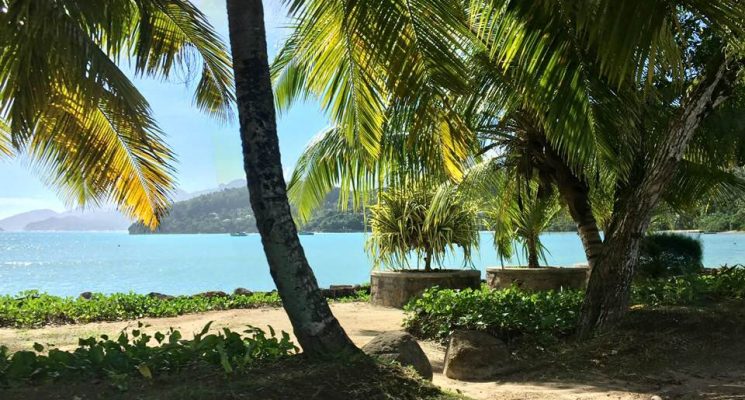 Why my life and profession are connected with Seychelles? Part 1

“Why your life and your profession are connected with Seychelles?” – I hear this question so often. And I always think with a smile about the beginning of a mutual love story with these islands. It started more than 10 years ago. 🌴

It was usual evening in St Pete and there was nothing much to do. In those days, I was still the employee in a company that was specialized on selling and renting of real estate in Finland, Estonia and in St. Petersburg. 🏡

It was around 08 PM and I was sitting in the office and waiting for traffic jams to disappear so that I could come back home fast. The idea of ​​spending time and merging in a standard traffic jams (going to the office by 10 AM and to leaving it at 6 PM – was depressing itself.🚗🚗🚗

Already at that times I had a great autonomy and my own planning of almost all working processes in the company. 😎 This was possible due to the specifics of working in real estate and thanks to our boss who was interested in only one document. Every three months I had to put on his desk the table of expenses and incomes related to my part of the job. Nothing else interested him: when I come to the office, how much time I spend there and out of the office, what I am doing and why. 😀

In those days I had the usual salary for St. Petersburg + a percentage from the sales. 💰

My salary was enough for: renting a small apartment of 37 sq.m in the city center 🏡 (I made a decision that I would not live anywhere and I was against of spending 2-4 hours driving every day to the city center and back), on gasoline (good car is a must 🚗) and a manicure. 💅 Obligatory expenses, food, clothes, coiffure and all my wishes, including travels, could only be possible thanks to additional percentage. Therefore I simply could not afford (at least) not to recoup the company’s expenses for myself (salary) and I wanted to live well. Approach like “will it work “suddenly it won’t work out”, “where to find clients”, “bad times”, “crisis”, “low-season month”, “no experience”, “I can’t, I don’t want”, etc. I just could not afford it. 👌

I decided to start something like a game and mentally I asked myself the question: “What country could play a special role in my life and to to have great influence on it?”. I closed my eyes and pointed a finger at the map. And I got into small pieces of land in the middle of the Indian Ocean and small letters were “Seychelles islands. Victoria ” (thanks God it was not Somalia!). 😂

I opened the Internet and began to read everything about this finding, realizing that I like everything more and more. It turned out that in the Seychelles there were even a properties for rent and for sale (and this was my profession. Cool!) 💃

Having found the contacts of three local real estate agencies, I composed quickly and sent several emails with a proposition to start collaboration. Then I switched off the computer and went home. 🚗

The next day at 7 am, the email appeared in my inbox with a positive response from one of the agencies. 👌

In a couple of weeks I received the call from interested client. And two months later I was already sitting in the cabin of the plane taxiing in Domodedovo airport to the runway ✈️ (at that time, there were nothing flying from St Petersburg to the Seychelles with one connection and I had to fly via Moscow and via one of the Persian Gulf countries) first to Qatar and then to the final destination of SEZ – Seychelles. I couldn’t wait to see it in reality. 🌴☀️

While flying, I was trying to imagine what it would be like, close to my expectations or not (although my experience as a traveler at that time was still relatively modest). But I could not even imagine what was waiting for me. 💃

Killer Talent or Show must go on