The city of Lugano is situated on the shore of Lake Lugano (Lago di Lugano or Ceresio) in the southern canton of Ticino, Switzerland. Its population is 71,500 but the urban agglomeration accounts 145,000 people. Close proximity to Italy makes Lugano a city which has ideal fusion of Italian style and Swiss discipline.

From a tourist perspective Lugano is a world class destination, but the city also is the third most important financial center in Switzerland, after Zurich and Geneva, with about 60 banks operating at the national and international level and more than 1,000 players in private banking, asset management, portfolio management, tax and legal advice.

Milano-Malpensa international airport reachable is in 50 minutes by car, bus or train; Zurich airport in 2 hours and a local airport connecting Lugano to Zurich and Geneva.

Families with children are attracted to the Lugano area due to its excellent local and international private schools and very safe environment.

Local people who are living and working in Ticino, are active in real estate market. Moreover buyers are very often coming from the Swiss German part or are international looking to set up their permanent residence in Ticino.

Lugano is unusual city in many aspects. Today it offers absolutely unique opportunity for the investor to be integrated in local life at all levels.

The players owned by FC Lugano have an estimated value of around 8 million Swiss francs. FC Lugano biggest goals in the next few years are: reaching European Competitions and building the new home stadium based in Lugano. 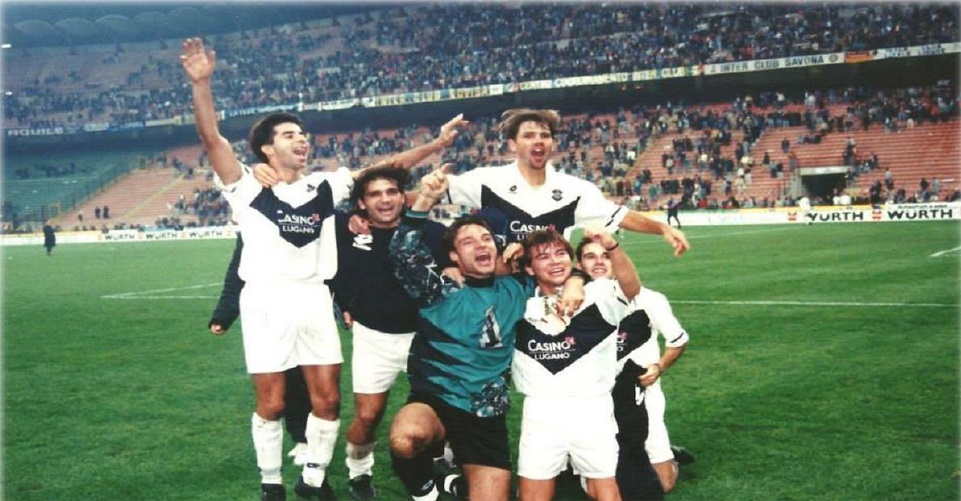 Soft way to be integrated in strong country

The current stadium in Lugano and a good cooperation with some high standard hotels, would allow also football teams from abroad to organize their training camp in Lugano and play friendly matches at Cornaredo stadium.

Moreover, the city of Lugano is willing to enhance touristic projects related to the foreign markets, therefore developing cultural programs and connecting them to sport events or training camps would be more than appreciated.

Today the historical moment in Lugano is very positive for new investments. The project of the new stadium is going to begin very soon.
It includes a football stadium, a multisport arena, a residential complex (approximately 60-80 apartments and offices), commercial activities and a parking place (around 1.000 places). The municipality of Lugano will provide the land for free for 65 years and the construction cost will be around CHF 120 million.

The new stadium will allow FC Lugano to develop new revenue streams (above all the hospitality, business seats, concerts) and to play European Competitions games in Lugano, to create training camps and to organize international friendly matches and tournaments in a state-of-the-art facility.

Moreover foreign investor will have the opportunity to own the residential complex.

The new Investor will also have the priority in the sponsoring process. He will be given the opportunity to enter into a multi-year sponsoring contract with its own brands.

FC Lugano is very interested in creating a sport academy with the main goal of creating an interchange of competences and training.
Investing in Lugano FC becomes unique bridge between the worlds of commercial sport and financial investment.

By uniting the best local experts and international experience, people who understand economical, commercial and sporting needs, nuances of the business and its consumers – absolutely innovative investment ethos might be created in Lugano.