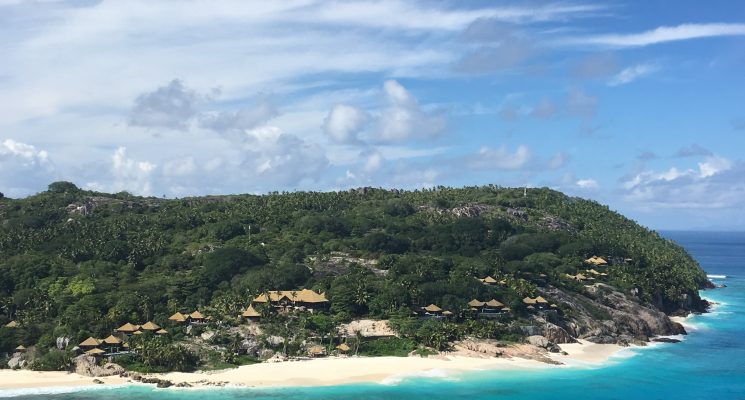 Twa Zwazo or Mysteries of the Seychelles

There is a unique monument called Twa Zwazo (“Three Birds”). It symbolizes the unity between Europe, Africa and Asia. Twa Zwazo is located in Victoria. It is the capital of a tiny state, which sets an example of how to maintain amicable relationships with all the countries that it has ever come into contact with throughout its long and unconventional history.

Taking a look at the Arabian Peninsula to the south towards Madagascar, small islands, named in honor of the French Minister of Finance Moreau de Séchelles, can be seen on the map.
The Seychelles archipelago is intertwined with the Russian history as well. But it happened all in good time.

The Nut of Solomon

Once upon a time, in the old days, giant nuts of provocative shape would be washed ashore by the ocean waves in India, Ceylon, the Maldives and even Malaysia. Nobody knew what they were. Was it fruit or mineral? Where did they grow and where did they come from? This natural wonder became known as “The Nut of Solomon” or “Coco de Mer” that grew in the ocean and was believed to possess some healing properties. The cost of those giant nuts was astronomical: the rulers were prepared to trade one nut for the entire merchant ship. Emperor of the Holy Roman Empire Rudolf II dreamed of getting his hands on such a nut by asking for it as part of ransom for the captured city.

Only in the middle of the 18th century the palms strewn with nuts were discovered on the island of Praslin. The mystery of Coco de Mer was solved.

The very first mentioning of the Seychelles dates back to 851 AD. At the time, an Arab navigator on a single-masted coastal vessel, thanks to the monsoon winds was carried off and directed away from India in the direction of Africa. He named the islands “The Sea of ​​Zanj”, which translates into “The Black Sea”. In 916, the geographer Abu Zayd Al-Hasan was the first to make references to the islands with mountains in the Indian Ocean, somewhere “far beyond the Maldives”, which painted a clearer picture of the Seychelles – granite islands looming on the horizon. The Arabs called them Zarin, which means “Sisters”. 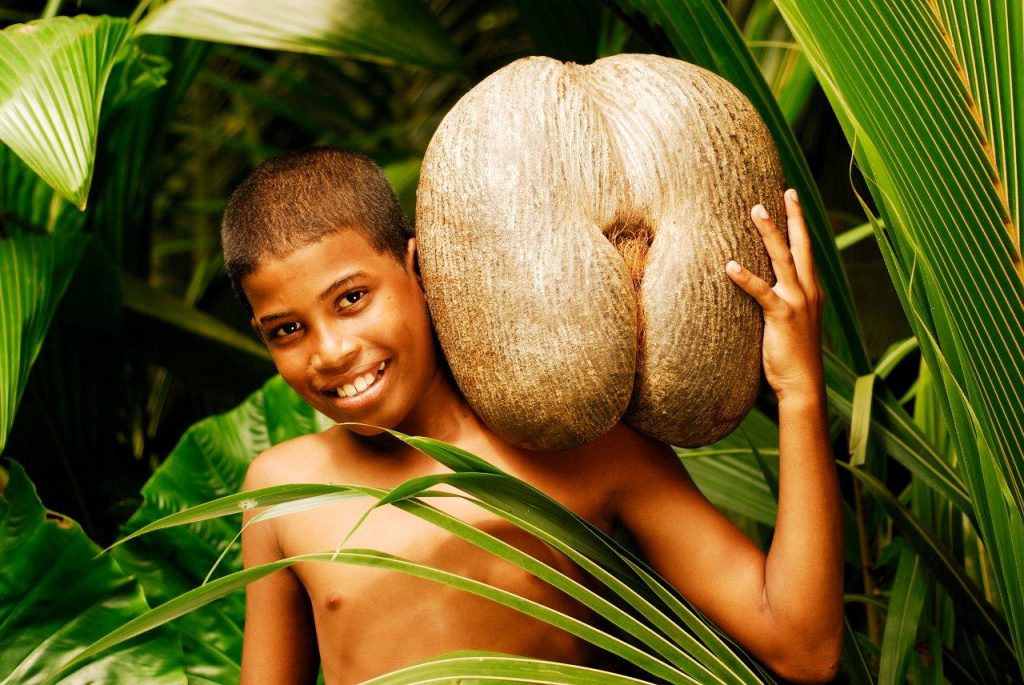 Much later, Vasco da Gama discovered the Seychelles in 1502, and the first time Europeans set foot on the islands dates back to 1609. The islands are referred to as the “Seven Sisters” on the 1955 Portuguese maps. The “Petite Soeur” and the “Grande Soeur” islands retain these names to this day.

For many years the Seychelles served as a safe haven for sea raiders. Among the best known ones were the names of two famous pirates. In the very beginning of the 17th century it was Olivier Levasseur, and at the turn of the 18th-19th centuries – corsair Jean-François Hodoul. The Seychelles archipelago turned into a “pirate heaven” on earth: seclusion, absence of settlements, a large number of conveniently located bays to hide from a storm or pursuit, warm climate, availability of fresh water sources, abundance of food and wood for repairing ships – all of this was like a honeypot for the pirates.

Once, the pirates dared to attack a ship with a vice-king of India and a treasury on board. After this stunt, the French and the British decided to join forces against the pirates in an effort to reign them in.

The French became the first settlers on the Seychelles. In 1756, an expedition led by Corneille Nicholas Morphey was sent to the Seychelles in order to annex them to France. The ceremony took place on November 1st. The French flag was raised on the island of Mahe. And just two years later the islands were named after the French finance minister Jean Moreau de Séchelles. 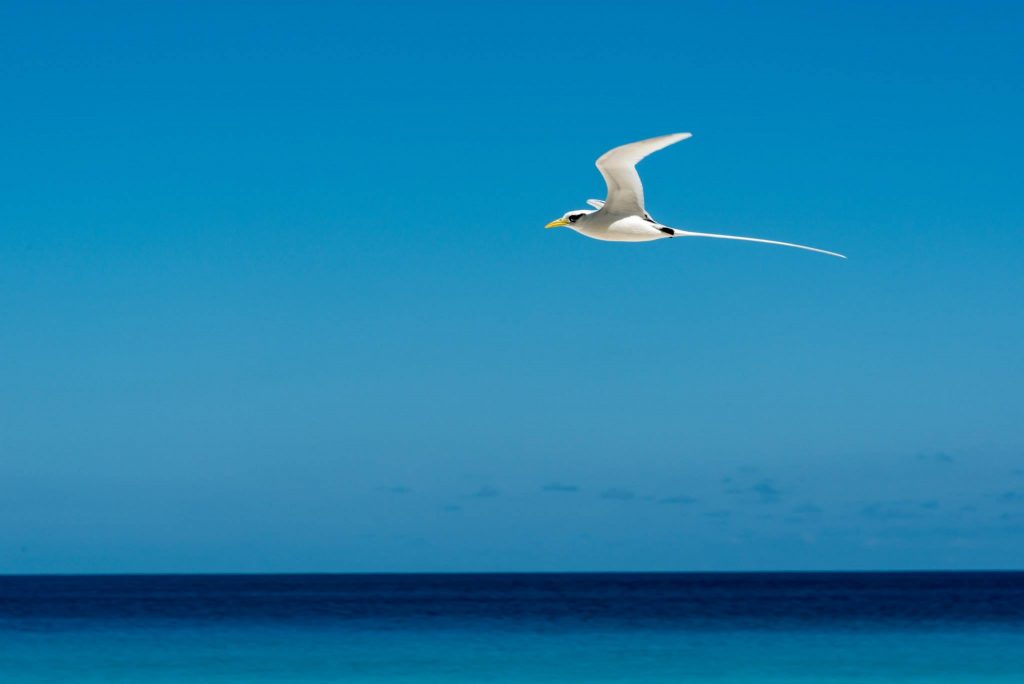 The Father of Seychelles

The history of the Seychelles of the late 18th and early 19th centuries was closely intertwined with the governor Keo de Kensi’s name, who is known to this day as “The Father of Seychelles”. During that difficult time period there was a war between Britain and France; in 1794 the British sent ships to take Mahe by storm. With only a handful of soldiers and a few guns, quickly and correctly assessing the situation, Kensi decided to capitulate, realizing that the opponents’ forces were superior to his own. After that over the course of 17 long years, as ordered by Kensi, the British and the French flags were raised in turns over the harbor, depending on which military vessels entered the port, and after the ships left the flag was immediately lowered. So one day the island of Mahe was French, the next day it was English and that was how Kensi managed to avoid potential confrontations and bloodshed.

In 1814, the Seychelles, along with Mauritius, were proclaimed as possessions of England. It was then that the letter “y” first appeared in the name of the islands; before that the name looked like Sechelles.

From 1861 to 1874, about 3000 freed slaves, who were rescued by the British from the Arab slave ships, arrived on the islands. These people, disembarking on the Seychelles archipelago, became its new inhabitants. In 1897, the Seychelles seceded from England and received the status of a colony of the British Crown.

The First World War resulted in huge economic losses for the Seychelles. The economic situation improved only by 1936.

After the Second World War, the British leadership began to come to the conclusion that it would be prudent to give independence to the African colonies and get rid of the huge financial costs associated with maintaining overseas possessions. The Seychelles, unexpectedly for the British, were very reluctant to accept such news! 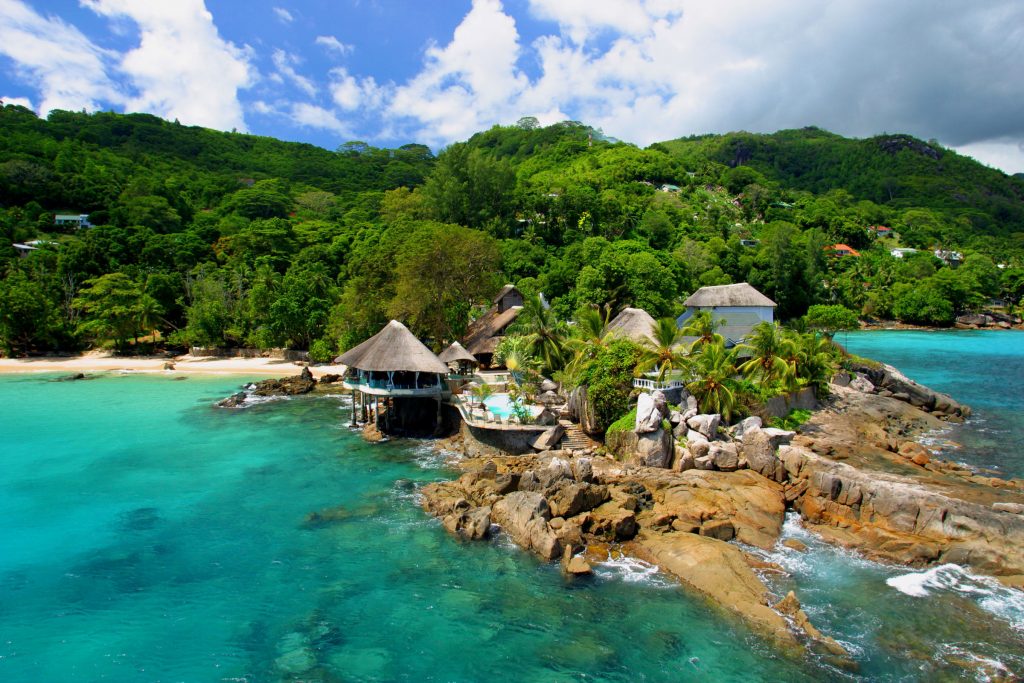 The Soviet Union would also become interested in this region of the Indian Ocean that was badly in need of a military base in the East African region. Close collaboration became possible after a man calling himself “the socialist of the Indian Ocean”, France-Albert René, rose to power in 1977. Prior to that, a pro-British politician named James Mancham held the reins.

In the fall of 1977, the USSR Navy’s amphibious assault ship called “50 years of the VLKSM patronage” arrived on a visit to the Seychelles. It became the first Soviet warship to visit the Republic.

In August 1984, a Soviet delegation led by the Rear Admiral Mikhail Abramov set off for the Seychelles. During the negotiations, an agreement was reached with regards to any ships and vessels touching at the port of Victoria as well as landing of any Soviet aircraft on the island of Mahe. Notice that, although it was diplomatically mentioned during the talks that the Seychelles support the deepening of the relationship with the USSR, the country also heavily depends on the support of Western Europe and the United States. Therefore, it was agreed upon not to advertise their dealings.

The Soviet Union rendered financial and military assistance to the Seychelles. A group of military experts who later trained the Seychelles soldiers went to the islands. The Pentagon was outraged that Soviet ships could enter the port of Victoria free of charge, while the US Navy had to pay.

At the end of the eighties, military advisers from the USSR were stationed in the Seychelles. There were only a handful of them, just 19 people. Nevertheless, the task of creating the Seychelles Navy fell on their shoulders.

In the mid-1980s, the Great Britain and Portugal handed over several boats to the capital city of Victoria, making the absence of qualified specialists all the more pronounced. As a result, it was decided to send a small number of local sailors to train in the Soviet training center in Poti. At the same time, a few members of the Seychelles military personnel received training in the US military centers.

The country’s authorities managed to establish good relations with all the leading world powers. One can say that they managed to do the impossible! In addition to the presence of the US base on the islands that was serviced by 120 US specialists, Tanzanian and North Korean military men were also there, training the Seychelles armed forces. 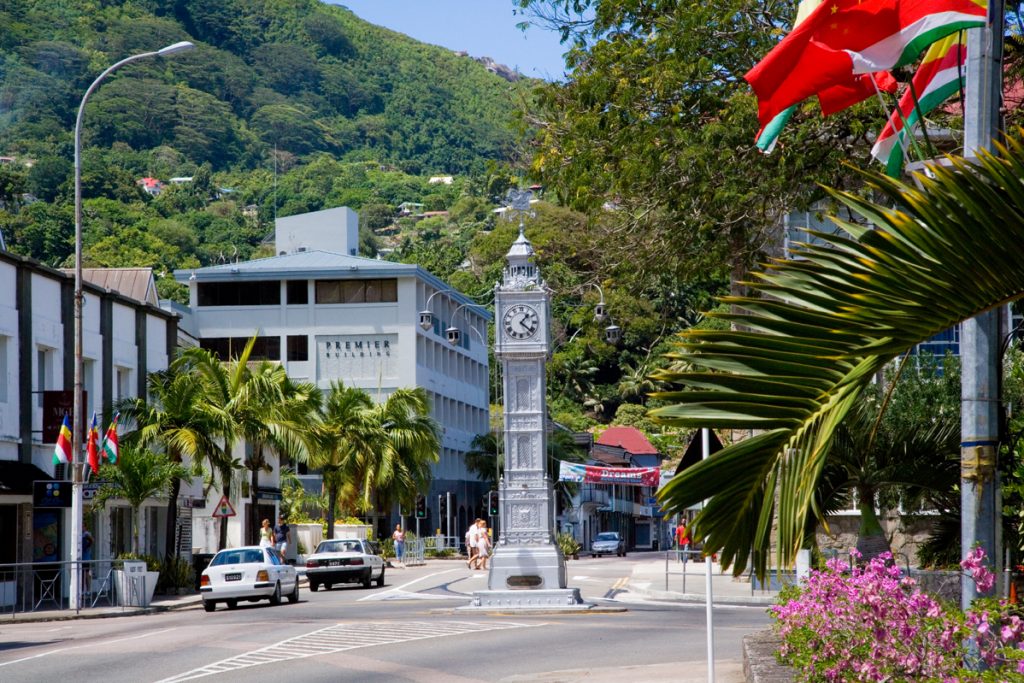 In 2009, after almost two decades of virtual nonexistence of any meaningful relationships with the Seychelles that was a result of the dissolution of the Soviet Union, the Russian Navy’s large anti-submarine ship “Admiral Tributs” with the accompanying tanker Boris Butoma and rescue tugboat MБ-99 paid a visit to the Republic.

The visit coincided with the national annual carnival. Participating in the festivities, the sailors displayed their military bearing during the parade, while the marines demonstrated hand-to-hand fighting techniques. In addition, a sea walk and an excursion to the St. Anne Marine National Park were organized for the fleet’s official delegation.

The Secret of Coco de Mer

Nowadays, tourism (generating 70% of revenue), fishing industry and financial sector make up the foundation of the Seychelles economy. A number of laws created favorable conditions for the inflow of foreign investments.

The Seychelles consistently attract tourists from different countries. It’s not surprising, given that few other countries can combine so many advantages for recreation and life:

– Time difference with Moscow is + 1 hour.

– The absence of visa requirements.

– Christianity is the main religion, but other religions are not ostracized; they coexist peacefully in a small country.

– A luxuriant nature, unique flora and fauna. Preserved in its original state, thanks to the government efforts aimed at protecting the environment.

– The absence of poisonous insects, dangerous animals, fish, and birds. No health-threatening illnesses and the need to vaccinate before the trip.

– The absence of cataclysms, such as tsunamis, earthquakes, floods, and volcanic eruptions. The Seychelles are located in a seismically safe area.

– A huge variety of leisure programs: a wide range of excursions, best fishing spots in the Indian Ocean, diving, different kinds of sports, rock-climbing tours and so much more.

– There are plenty of choices when it comes to accommodation options, ranging from the economy segment with a cost of living amounting to about 80 euros per night for two including breakfast to the medium-priced level and up to the most luxurious one. Usually the Seychelles are marketed as a very expensive destination. However, there are a number of ways to avoid unnecessary costs without compromising the vacation quality. In which case, you’ll need the help of an expert who knows what to do.

– More than 60% of tourists return to the Seychelles repeatedly and on multiple occasions. A great many people visit the islands between 5 and 30 times in their lifetime or even more frequently.

Its unique beauty, colors and hues, its vibe, a warm and nonthreatening ocean, the very air that you breathe create an incredible sense of peace and joy. Perhaps, here lies the secret to the Seychelles serving as a perfect example of establishing diplomatic relations in the checkered world history.

It’s so good to be here that it’s simply impossible to stay in a bad mood. At least, for longer than one minute.

Author: Tatiana Prolesko
The founder of the SeyClub tour operator, that specializes in the Seychelles islands.
www.seyclub.ru 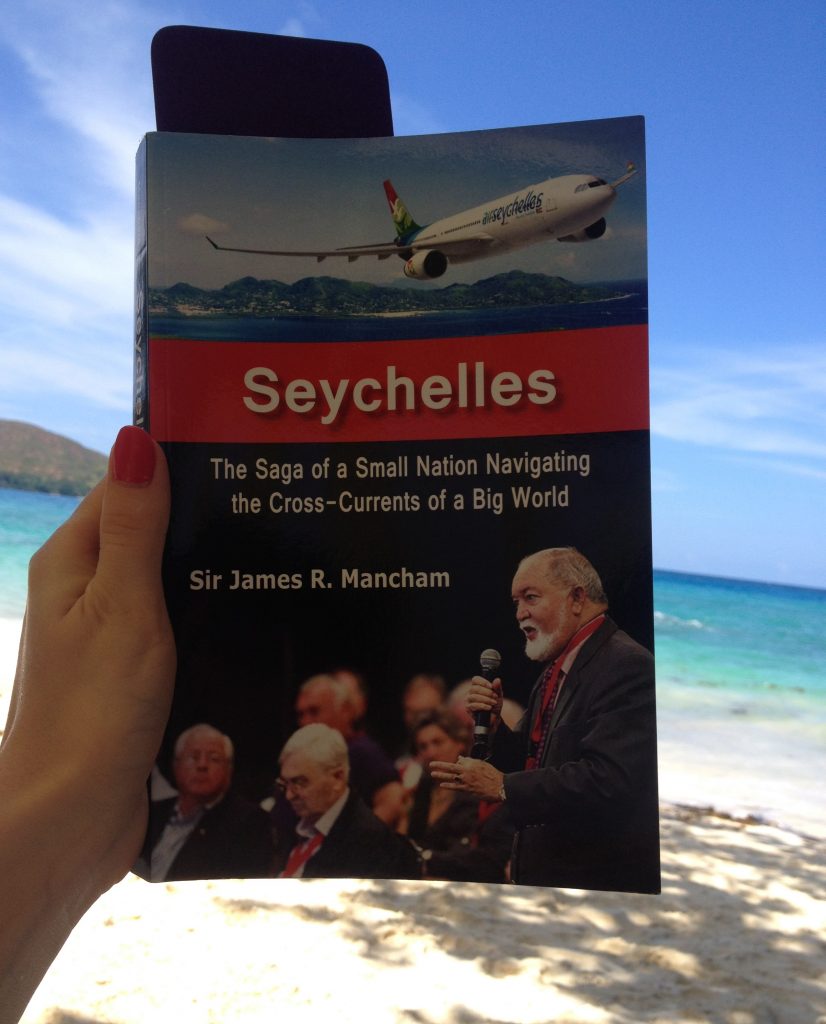