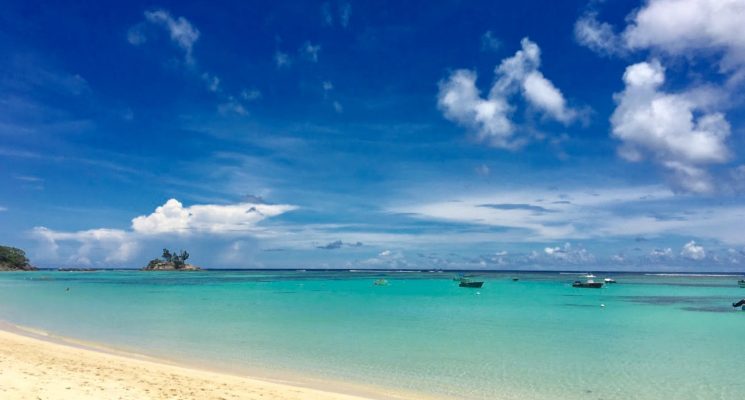 Narcissist: who he really is?

Narcissism is an accentuation of character in which a person displays arrogant behavior and excessive vanity.

Narcissism has a negative color because the narcissistic personality type is very difficult to get along with, not only with surrounding people, but also with yourself. Complacency and confidence in their exclusivity lead such a person, more often than not, to loneliness and a sense of emptiness.

The problem of narcissism is widespread; it appears in the theoretical writings of well-known psychologists and ordinary people can face narcissism almost every day. The question of narcissistic accentuation is especially acute in the context of interpersonal relations, specifically the relationship between a man and a woman.

A narcissist can be male or female, although female narcissism is less common. Psychologists usually focus on the question of narcissism in the male form.

It is important to know that any accentuation of character, like one’s character as a whole, is not innate.

Narcissists are not born. Rather, they ‘become’ due to certain conditions of the psychological and social environment, where the child grows and develops into an adult.

An experienced psychologist will always notice a narcissist after communicating with him quite a bit, since narcissists have a number of distinctive signs related to the perception of themselves and their surrounding reality, as well as certain behavioral stereotypes.

What are these signs?

The narcissistic false “I” is formed in a person through destructive relationships with a significant adult in early childhood. Most often, this destruction involves a relationship with the opposite sex: for the boy, a relationship with his mother, and for the girl, a relationship with the father. Each person, when developing, becomes an adult with a clear position of his own “I.” The “I” is formed in the person through adequate education and satisfaction during childhood of their need for adults, as well as constructive socialization. Thus, a person understands himself, and accepts, loves, and respects others. He also knows his desires, is responsible and works qualitatively with goal-setting. He was taught these qualities by his parents or other significant adults. Otherwise, if the needs of the child were ignored and not properly catered for, a false “I” develops.

The false “I” is formed when the child was told from early childhood what to do, how to do it, what he feels (and that he feels at all), what he wants, etc.

In this case, any manifestations of the child’s own “I” and his attempts to protect his personal borders (which are more inconvenient for the parents) were suppressed in every possible way, and the kid was punished.

Note that any inconvenient behavior of the child was punished by ignoring the child, severe reprimand, or physical influence. Thus, the kid from an early age understood that to manifest one’s true self is unsafe, as you can lose parental love and care. For a child of any age, this is unbearable, and everything that for the psyche is unbearable and beyond recovery transforms into a psychological trauma. If the child manifests itself naturally (capricious, crying, throwing toys, fighting or screaming), and parents do not delve into the essence of the matter, or press these manifestations, then the child has a logical chain:

This type of cause-and-effect relationship is the most destructive thing in the world, and all of the psychologists in the world are shouting about it. But, unfortunately, narcissism is thriving .

Thus, the child turns into an adult with a narcissistic accentuation, who, by any means, tries to compensate for the lack of love and acceptance by meaningful adults by entering into destructive relationships. Virtually any relationship in which a narcissist enters is destructive.

In a relationship, the narcissist tries to designate his importance to another. Being relevant is a frusturating unmet need from childhood that his parents could not/did not want to satisfy. Unconsciously, the narcissist tries to get confirmation of his significance from another person. A man is a woman, a woman is a man. But this can not be done in any way, since all narcissists have a super protective mechanism – haughty behavior, narcissism, etc. This mechanism a priori protects the narcissist from possible trauma in adulthood.

Narcissists are afraid to again experience the pain of rejection and alienation, and dislike it so much that, in contact with other people, they put on the mask of a pompous person, to whom everything is unimportant and does not matter.

It becomes a vicious circle … Most people are afraid of narcissists. It’s difficult to be friends with them, it’s unbearable to love them.

Behind the mask of the ostentatious arrogance of any narcissist lies a spiritual emptiness. This is not a temporary state, but a lifelong feeling of emptiness inside.

For narcissistic accentuation, this is natural, since from early childhood the child fulfilled the desires of others, but not his own. Therefore, the skills to sense the sensations of their desires and meet their needs in such a person are not formed. A narcissist sincerely does not understand who he is and what he wants. Such people are given away by their inability to commit: he plays the trumpet, and stops after six months, and experiments with growing flowers, and prepares the documents to take up permanent residence in Portugal. Instinctively looking for something, and unable to find it, he quickly throws away what he has begun. For to find the inner in the outer is impossible.

On this occasion narcissists experience inexpressible shame, or rather, fear of shame:

Will everyone suddenly know how insignificant I really am?

What if I do not like and see it all? Etc.

The fear of shame is so great that it is superseded by the subconscious to the level of no shame at all. Man has become so accustomed to the role of the narcissist that he simply can not be ashamed of anything, because he is perfect and unique. Therefore, he can afford everything he wants.

Hence, another important feature of narcissism is idealization and deprecation. Coming into contact with a man, the narcissist tries in every possible way to win sympathy. This is necessary psychologically, because a reciprocal positive response to a narcissist is an indicator of his significance, confirmation of his uniqueness, etc. Male narcissists are very adept at seducing women at first. In this they have no equal!

Next to the narcissist, any woman will feel like a queen. What is important is that the narcissist truly believes in this. He so idealizes his partner that he does not see a real person. BUT! After some time, not having obtained what he desires from the woman, he criticizes her.

Everything that he so admirably admired, now is a catastrophic and absolutely unacceptable flaw. The fact is that because of the presence of shame (which he never admits), narcissists are very reluctant to become emotionally intimate with a partner, if they are will to do so at all.

Fear of rejection is the main attribute of the narcissist.

This fear is so great, so unbearable is the very thought of rejection and the accompanying pain, that it is easier for him not to enter into a close relationship at all, or to stop abruptly when there is the slightest hint of the possibility of disapproval. It is much easier to reject the other in a relationship with a partner, rather than admit that he himself is afraid of being rejected. Therefore the narcissist plays with the concept of “disappointment”.

With all their strength, narcissistic individuals try to avoid disappointment, which is associated with the pain of rejection in childhood. It’s easier not to get attached and not be interested, rather than suffer later.

The fear of disappointment speaks of the perception of intimate relationships as potentially traumatic, which the narcissist already once experienced in childhood. The psychological trauma is so great and large that the human psyche refuses to consider entering into any emotional relationship. Therefore, narcissists are emotionally cold with their partners.

Deprecation is generally a distinctive feature of narcissists in any situation. The achievements of others, their attitudes, their talents, behavior and feelings are deprecated. On the one hand, deprecation is based on the fear of rejection. On the other, it’s based on envy.

The desire of the narcissist to have what others have is so great that it, again, is easier to devalue it, rather than admit that he can not /will not /does not have it. It is easier to believe it is flawed and insignificant.

Narcissists are very difficult to cope with. Especially for those who are especially analytical, prone to analyzing what is happening inside and out.

Most narcissists do not recognize the existence of a problem (due to their greatness), and only 1-2% of those who do realize it ask for help from professionals or work on the problem themselves.