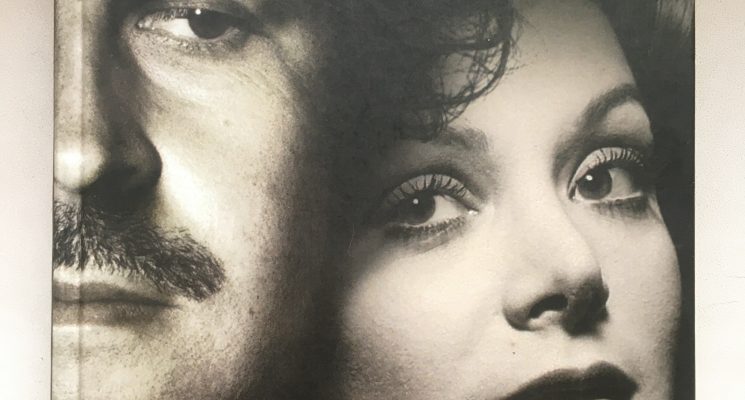 “Even an angel can easily find a flaw.

Instead, try to get the devil his best side to yourself. ”

Some residents of beautiful Medellin city continue to sacredly keep Pablo Escobar’s briefs at home as a souvenir. Wealthy tourists purposefully go to distant lands, willingly pay from 700 euros per night in order to spend time in a hotel that was once the personal possession of El Patron. At the same time, they demand to show them museum and items related to the previous owner, although the current owner did everything to make his hotel name no longer associated with the most famous drug king in history. But he cannot succeed.

What are all these people looking for? What exactly attracts them in biography of one of the most brutal criminals in history? For a very long time I could not finish this material, and I was in doubt whether it was worth doing it at all. And most importantly – what for? My life is somehow relatively far from such topics. But two recent situations have put together a puzzle.

The first was a call from constant tourist with an unexpected question: “Tatiana, are you selling tours to the places of Pablo Escobar?” (It turns out they are in great demand!).

The second was the recently watched movie “The Joker.”

Once I needed to find out something about the most famous priests in the world, and I spent a winter evening in the Internet. Google unexpectedly issued a link-antonym of “10 most famous criminals in history.” One of my favorite activities is to study the depths of the human soul, real motives of actions, thinking about the results and understanding why a person does something in this way and not otherwise. Indeed, as often happens even in the most ordinary situations: person speaks to others and is even sure himself that he is doing something, because the reason is such and such. But in fact, the real reason may be completely different: scary, too lazy or unusual to look at and honestly admit even to oneself, not to mention sharing it with others. And it is easier for people around to believe in the proposed lie.

How can incompatible things like boundless kindness and extreme cruelty be combined in one person? How can it be that there are completely no boundaries in mind and, therefore, in achieving the goal?

The bestseller of amazing Virginia Vallejo has become one of the favorite books read in the last five years. This is not just an action-packed novel about love story of noblewoman and a gangster based on real events, but also an excellent guide to the history of Latin America, Africa and not only that sheds light on many obscure things.

She taught him to think and speak as the future president of the Republic, and not as the head of a criminal syndicate. He taught her to shoot well from the weapon. By the way, in reviews of the book you can often find the opinion that the author is a narcissist and her style of writing is arrogant. This has nothing to do with reality, being someone else’s subjective opinion. In fact, people usually write such comments about themselves and not about others, in this case, seasoning letters printed behind a gray nickname with ordinary envy. It is worth remembering that Virginia Vallejo became the star of Latin American television journalism long before meeting Escobar, solely due to her talent and beauty.

Relations with him put an end to both her career and the long line of admirers with more than impressive pedigrees, statuses and amounts in bank accounts. She could not not to understand this. For ardent and, perhaps, real love and a bonus in the form of external benefits that she could have received without Escobar she had to pay very high price.

If you ask a question to low-income residents of Latin America, why they still continue to consider Escobar their idol: they explained it to me and everything is very simple. For decades, they lived in a way that “golden billion” could not imagine in the most horrible dream and are used to the fact that they are treated like trash of society. And one person appeared who gave them accommodation, education, money and the opportunity to become visible and at least a little bit significant. They do not care for what purpose he was doing this and where he got the money from. What do they care about the political ambitions of the benefactor: it is just that food appeared on dining table. Everything else did not matter. Others in Escobar’s place did not even do this. It’s good to have discussions about what is good or bad from a successful position.

Tourists who are ready to spend considerable money to live in the former residence of Escobar and / or go on a “tour of his places” (here, even as a real estate agent, I’m already interested in looking at a collection of beautiful real estate of that era) unconsciously seek access to two things:

Now, if we take separately such a phenomenon as the emotional range: in this case, from extreme kindness to extreme manifestations of hatred (and the edge- is the edge?). All this, combined with ingenuity, insight, fearlessness, turned into a dangerous cocktail that exploded after Escobar became obsessed with revenge.

By the way, in the book of his son, “My Father Pablo Escobar”, there is the answer to the question: how did he live without fear, eliminating any boundaries in his head at all? At the age of 13-14, Escobar found someone’s skull in the cemetery, brought it home to the slum, washed it, painted it with white paint and hung it over the bed to look at it every day. An object creepy for habitual consciousness did not frighten him, but merely reminded of two things: that life would definitely end one day and it was a pity to waste it . And that is why it is almost pointless to be afraid of something.

Everyone close to Escobar inherited a sad heritage, and especially his family. The son was forced to live in Argentina, hiding for 20 years under the pseudonym Sebastián Marroquín. The day after tomorrow, October 11, he arrives in Moscow with the presentation of two books and actively leads propaganda against the use of substances on which the most famous drug king in history once made his fortune, taking the seventh line among the wealthiest people on the planet. Juan Pablo Escobar is convinced that the future of this “industry” depends only on the “consumers” themselves and on no one else.

I will not undertake a detailed discussion of this topic, but I will assume that, as in the case of alcohol, people are led on this path by a desire to escape to another reality. What can underlie this action if we discard discussions about willpower and if we take as an example a representative of the middle class, a relatively prosperous and educated person? I suppose that the foundation is a misunderstanding of who he/she is. Fear of thinking, and who is this character, whose reflection does he/she see in the mirror? Is this person well known to himself?

Escape to another reality in any way (and the distorted reality can be attributed not only to the second thought that comes to mind – alcohol abuse, but also virtual, a reality that seems safe only at first glance. For example, life in social networks and caustic commenting on others. Desire to get the result, by pressing just one button like on iPhone without effort) is an escape from ourselves, from the question “Who am I, where am I going, how and why? Why is my real reality so bad? How to make it better than fictional reality? And what is the price of inaction? ”

If you start with yourself, the results can inspire someone else along the chain. In this case, there is a chance that someday Colombian powder will no longer be needed, which is what Pablo Escobar’s son dreams of, conducting daily work so that no one dares to repeat his father’s story, dispelling the “romantic image of banditos-robin hood” and daily apologizing to all those who suffered from his atrocities. And there is a chance that society will notice not only what is familiar to it in the desired framework, but will cease to indifferently turn away from potential Jokers.