What images come to mind when we hear the words “ecology” and “environmental protection”?

I think it’s safe to assume that clear water bodies, luscious landscapes, a wide variety of birds, fish and plants will be among our first associations.

With that in mind, one can feel ill at ease when faced with the kind of harm we, its masters, inflict on the planet. So what do we do? It seems that hardly anything depends on us; these processes are by no means under the control of a single individual. After all, we personally can’t affect the quality of tap water, stop the extermination of rare animals in a number of countries, affect the development of technologies that bring the recycling processes to the next level and so much more. It would seem that one can live and not be touched by all these environmental issues, leaving the decision-making part to the government, the legislation, UNESCO and industry-specific organizations.

During the holidays, most of us scatter off to the sea resorts and the first thing we inquire about: “Will the water be clear and the air fresh?”

If people approached the issues of environmental protection with their eyes open, at the very least bringing the bare minimum to the table, they would get sick much less often, not contributing to the development of the pharmaceutical industry and the attainment of super profits in this business.

Usually it gets old pretty quickly to hear for the hundredth time that a man is an integral part of nature and vice versa. That being said, some states try to regulate nature conservation by imposing fines. Other countries prioritize tasks of an entirely different tenor. And still others foster an attitude of care towards nature from a very young age. 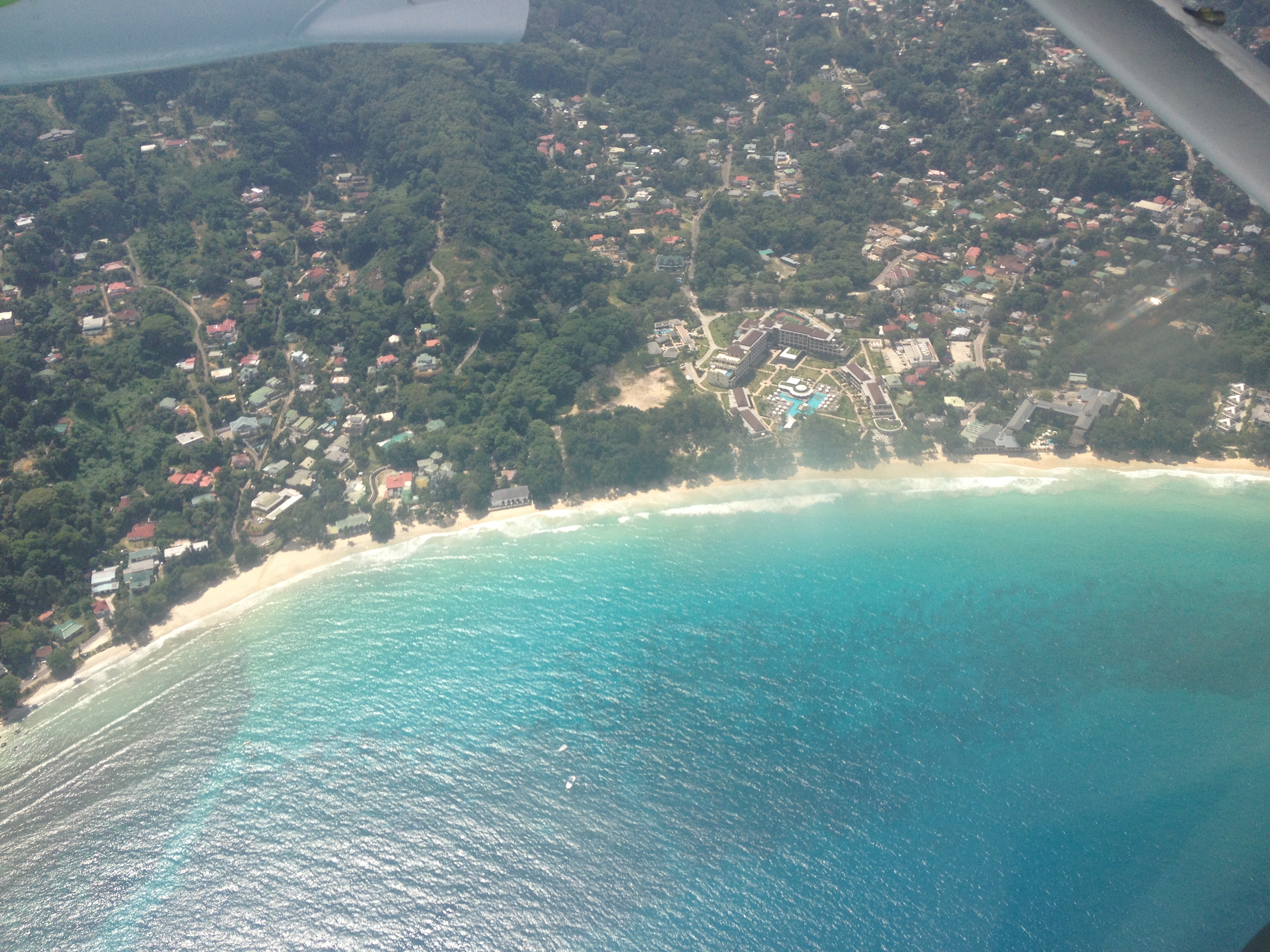 Flying up to the Seychelles for the very first time, the traveler usually tries to imagine what it will be like there; will the archipelago bear any similarity to what he saw earlier in other resorts? After all, it’s closer to Africa, and not Asia. Most likely, it will be clean on the resort premises, but what it’s like outside the hotel’s territory is anybody’s guess. How different is the resort from the reality of local life?

Tourists are astounded by the pristine surroundings they find themselves in going just past the boundaries of the international airport; complete absence of garbage scattered alongside the roads, no dumps filled with plastic bottles and plastic bags.

An inquisitive tourist will notice that the labels of the local drinking water state the following: “We kindly ask you to throw out plastic bottles only in trash cans, in order to preserve the nature of our beautiful Seychelles”.

I would like to think that all this beauty exists on its own: after all, the archipelago is well located. But the fact is the unspoilt wilderness of the Seychelles islands is maintained through the efforts of numerous NGOs and government agencies, as well as through individual contribution of each particular person. And from a very young age. 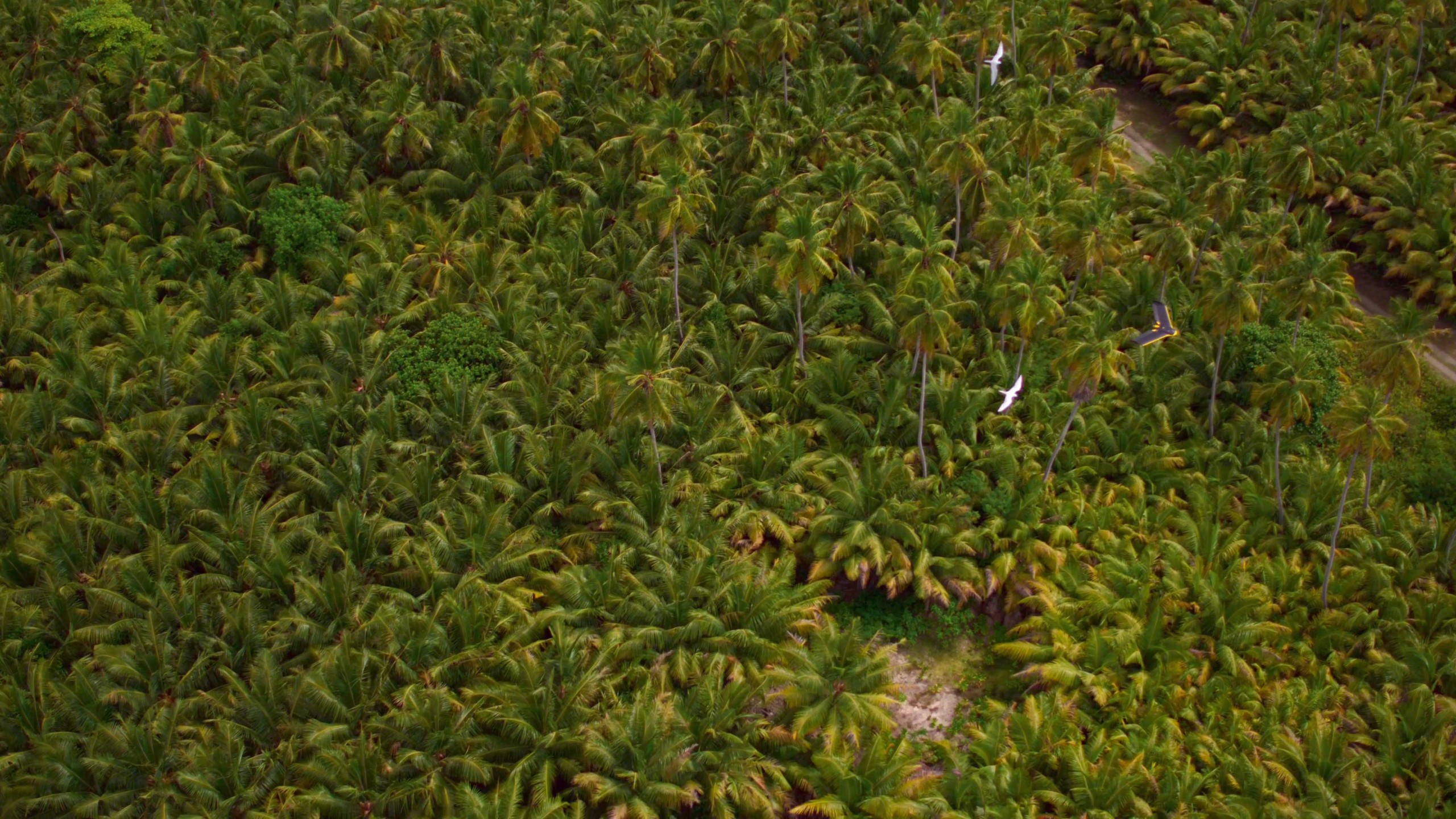 Nature Clubs to Suit Every Taste

An organization called the Wildlife Clubs of Seychelles (WCS) was established in 1994. It is a non-governmental organization, whose sole purpose is to enlist the help of children and youth to deal with environmental issues. As of now, WCS consists of approximately 600 participants, and it has its own clubs in almost every school in the country. Activities are undertaken and excursions are arranged for on a regular basis, all in an effort to allow people to get acquainted with the unexplored wilderness and its fragile ecosystems. Students do what they can, for example, they are involved in harvest work, planting of trees and gardens, disposal of invasive plants, and population polls. WCS works in close collaboration with the Ministry of Environment and Energy, church and all possible educational institutions from schools to universities.

Since 2007, the non-governmental organization S4S (Sustainability for Seychelles) has acted as a go-between for the citizens, the government, other NGOs and a private sector in an effort to preserve the Seychelles environment.

Activities of the Marine Conservation Society Seychelles (MCSS) are designed to promote the conservation of the marine environment through research, continuous monitoring of the movements of the whale sharks and turtles, as well as the implementation of a number of grant-funded programs. Most of the fund’s projects are supported by volunteer efforts. Some of them are sponsored by the local businesses, associations and individuals. Just now, the fund invites volunteers to participate in the exploration of the St. Anne Marine National Park, as well as the Banyan Tree that pioneered the veterinary support and rescue of wild animals.

The Green Islands Foundation was founded in 2006, and it has since been dedicated to bridging the gap between private interests and national environmental programs. Seeing that the country’s human resources are somewhat limited, the foundation has no choice but to work closely with foreign research centers and universities.

Island Conservation Society, registered as an NGO, owns and manages the Aride Island Nature Reserve. Also under the agreement with another NGO, the Islands Development Company (IDC), conservation centers have been established on Alphonse, Desroches and Silhouette islands. 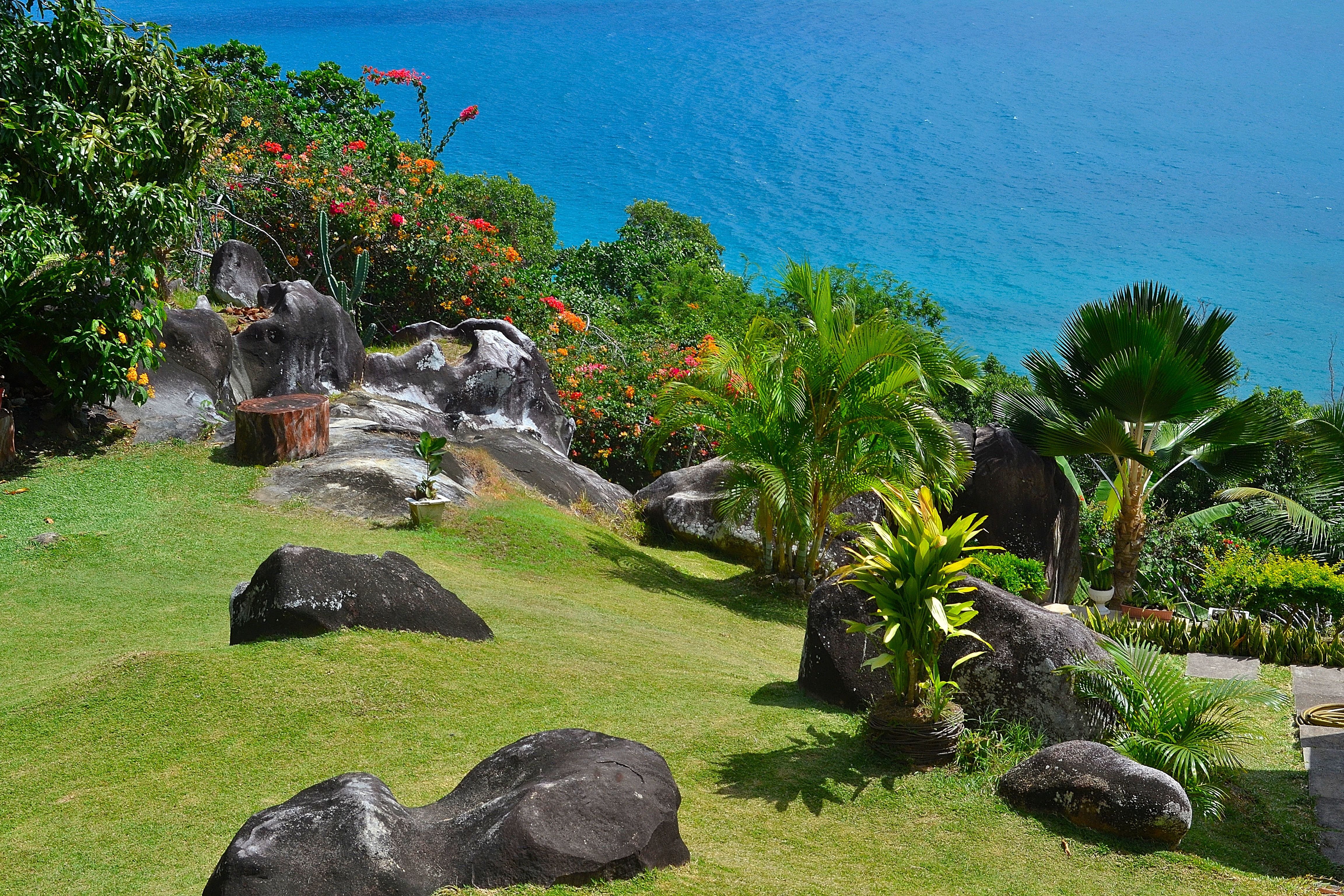 Wind turbines, photovoltaic solar panels, and rainwater tanks are widely-spread in the Seychelles. A special waste water treatment system is in the process of being upgraded in the northern and central districts of the Mahe island.
More often than not an electric car can be sighted in the Seychelles streets.

Many hotels use their own innovations in the form of sulfur recycle systems, which can be applied to the water as well that is used to maintain the landscape design. For example, the Banyan Tree Hotel takes the lead in used cooking oil recycling. The oil in question is converted into biodiesel fuel and is then used in vehicles, thereby reducing reliance on nonrenewable energy sources.

Constance Lemuria Resort uses a waste water treatment system to maintain an 18-hole golf course.
Many large and small resorts contribute to nature conservation and compete amongst themselves, receiving all kinds of incentives from the government.

Citizens Engagement Platform Seychelles, an organization whose purpose is to recruit citizens of the Seychelles, is working to enable overall growth and development of the Civil Society sector and its participation in all the activities and initiatives associated with ecosystem protection, among other things.

The Republic’s Government pursues a deliberate policy, signs international agreements and proposes legislative acts to improve the island’s biodiversity management. There are organizations that are tasked with the protection of particularly fragile ecological sites. For instance, it includes the National Park Service, responsible for the maritime and land territories of the archipelago, and the Seychelles Islands Foundation, in charge of protecting UNESCO World Heritage Sites: the world’s largest coral atoll – Aldabra and the only prehistoric forest on the planet – the May Valley on the island of Praslin.

A number of research projects are focused on coral reef restoration, determining the degree of their discoloration caused by El Niño – temperature fluctuation of the water’s surface layer.

Nature reserves constitute more than 50% of the Seychelles archipelago; that being the case, with the country’s development their number continues to increase, and not decline, as one would have expected. 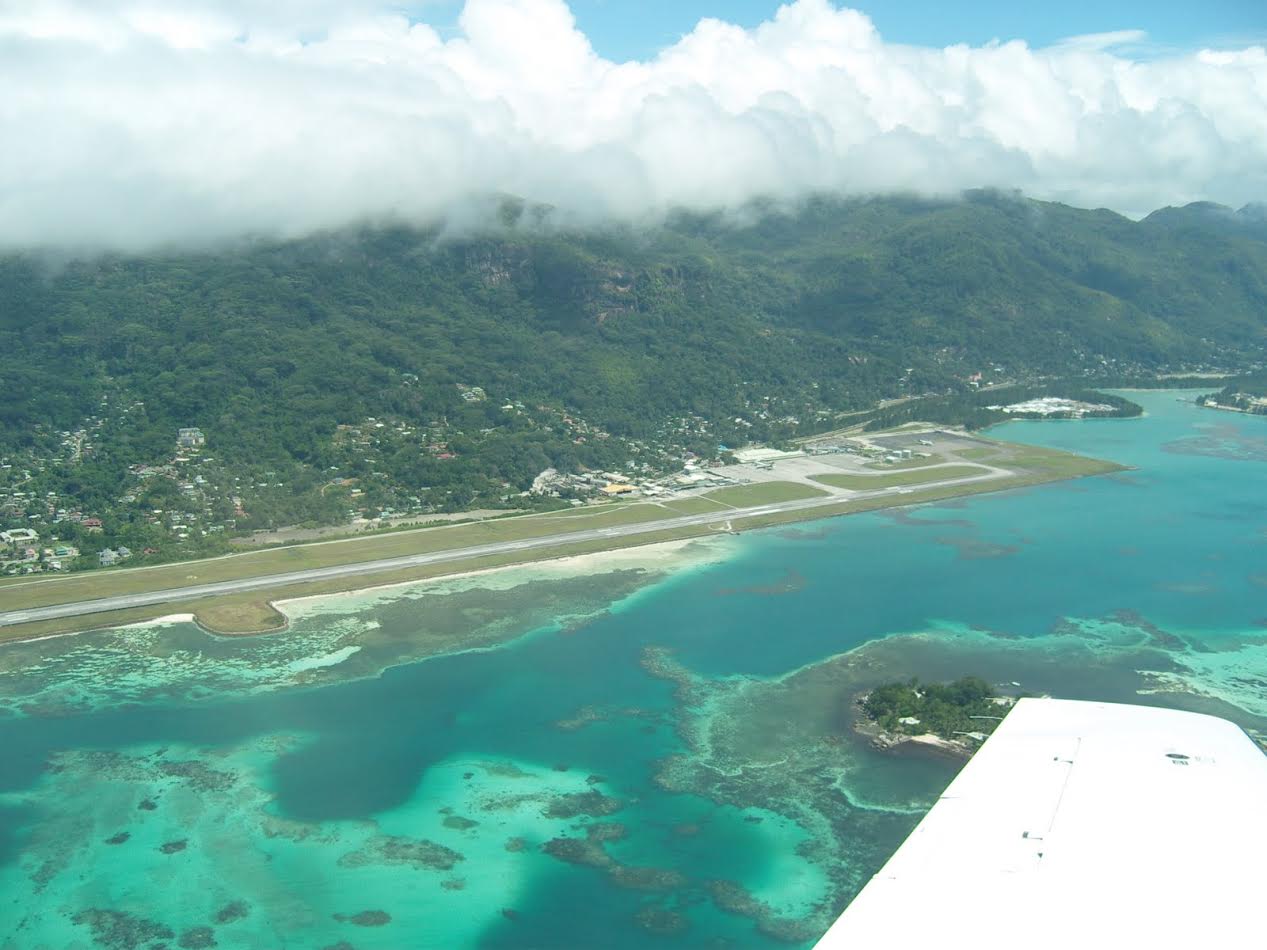 Harmonization of the hotel sector development and simultaneous preservation of the surrounding environment are top priorities for the Seychelles islands.

It’s generally believed that buildings must not exceed the height of coconut trees. Any major project is evaluated in terms of its future impact on the environment.

The locals are very vocal in expressing their opinions on such projects. It is well worth remembering two recent examples, when members of the community successfully managed to put a stop to the development of two large hotels:

– the first one was pushed forward by the Emirates in 2015 in the Cap Ternay National Park in the north-eastern part of the Mahe Island.

– in the early 2017, it was decided to freeze another major project on the south of Mahe in Police Bay in order to protect the adjacent habitats.

It’s tough to obtain construction permits on La Digue Island. It is prohibited to erect new grand hotels with room capacity of more than 25 rooms, even though tourist demand for accommodation significantly exceeds the supply. It’s recommended to make reservations for La Digue at least 3-5 months prior to arrival. To find and buy a house with the desired parameters is extremely difficult, albeit not impossible.

So what should an investor do if he wants to become a proud owner of a large or small hotel in the Seychelles?
For starters he can purchase a land plot with a pre-approved construction project. The government places a priority on the development of such projects instead of issuing new permits.

The second option is to purchase and /or renovate the existing hotel. These kinds of proposals are always on the table.

The Seychelles Investment Board is interested in raising funds for the development of a number of projects. Notice that a foreign national who has made a considerable contribution to the country’s development and has gone a long way to improve certain areas of the country’s life has a good chance of being granted citizenship of the Seychelles.

The following questions were frequently asked: “Is it possible to open up an underwater restaurant or build a five-storey hotel on one hundred square meters in the Seychelles?” If that was possible, the Seychelles would have been turned into the second Dubai or Singapore a long time ago. Fortunately, that is not the case in the foreseeable future.
And that’s why every traveler can find a beach here where he will be completely alone; he can hand feed the birds, dive into the breathtaking underwater world, look at outlandish plants and experience a one-of-a-king feeling: “It’s a different world!”. 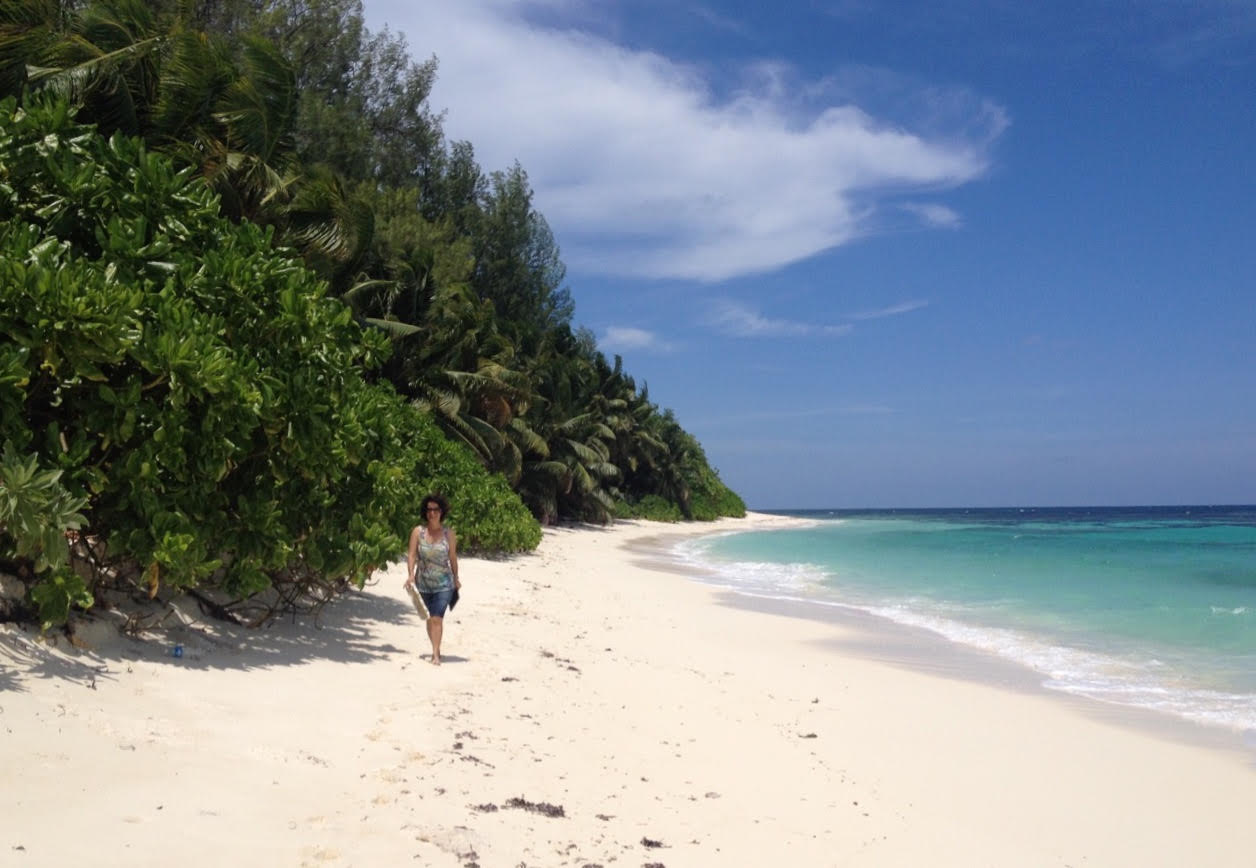 In the last photo:

Desroches Island and the concerned local resident Julia, who discovered a piece of foam plastic and a plastic bottle cast ashore by the ocean waves. Julia decided to take notice and carry them away without waiting for the hotel staff, another resident or a tourist to do it.