What could be the perfect addition to any vacation? A book that you won’t be able to put down, not even to go swimming!

A new masterpiece in my collection is called “The Red Pill – Face the Truth”/[Krasnaya tabletka – posmotri pravde v glaza].

I would like to express my deep gratitude to the author – Andrey Vladimirovich Kurpatov.
The books of this unique author (I own the entire collection) paved the way for my first grains knowledge 11 years ago when I began to study the way the human brain works, what processes take place inside of it, where things come from and where they go.

Why it’s a terrible idea to make plans for the future when you feel moody. Why we are constantly stewing in either old memories or unsettling thoughts about an uncertain future, failing to notice a beautiful cup of coffee on the table right under our noses. Why someone’s loved ones, who are no fools, just don’t understand each other, even though they speak the same language. Why we start to panic when the person we are calling doesn’t pick up the phone after the third ring and why it’s abnormal to worry about things like that. Who set fears, worries, and illusions on the throne of human consciousness and how do we take back our rightful place, telling all these fellows where to shove it (there’s a city in Peru that has the perfect name for this very occasion).

I have a knack for reconciling the irreconcilable; for example, I can visually map out my future with the help of the so-called power of visualization, but at the same time I will take any advice with a grain of salt, like the most obnoxious critic.

With that in mind, today I would like to express my most sincere gratitude to three people.

The first one is my mom, who taught me how to read when I was just three years old, ensuring that I learned to take pleasure in reading fairy tales from around the world from a very young age and all on my own, which subsequently led to my interest in studying the world map and memorizing the capital cities of such strange countries as Madagascar. Back then, the word “Africa” ​​was associated with hippos, tigers, huge fish, colorful parrots and something absolutely amazing. A nod to my current profession! That’s when the foundation was laid. The soul always knows what it wants; the key is not to stand in its way.

My all-time favorite fairy tale was “Dunno on the Moon” . My parents couldn’t understand the appeal, at that time I did not fully understand it myself, but these were the first steps toward critical thinking and distrust of everything that was broadcast on TV, which in the late 1980s was still one of the most iconic objects in the Soviet apartment’s interior.

The second person is my grandmother, who taught me how to write and with whom I spent evenings learning the multiplication table and the basics of math. The grandmother survived 2 wars, 3 famine-genocides, and finished only 7 grades. Being an orphan in difficult circumstances and later because of her responsibilities towards her children, my grandmother was unable to fulfill her dream of studying as much as she could, which she constantly encouraged me to do.

The third person is Svetlana Kharitonovna, the gymnasium’s history teacher, who began the first history lesson in the fifth grade with the phrase: “History, which at the end of the day is simply politics, can always be changed to suit someone’s agenda. So if you read something in the textbook, heard an opinion of any leader, always ask yourself this – who stands to benefit?”

Today, everyone is celebrating mother’s day, which in my opinion is as weird a holiday as March 8th and February 23rd. Every day should be mother’s day, woman’s day or man’s day. Flowers should be given as a gift just for the sake of it and not only on official holidays, and in doing so you’ll really make your loved ones happy without playing into the hands of a sly marketers 🙂

I’m getting of the subject 🙂 I will write a full review of the book a little bit later, but for now I’m just going to enjoy every single paragraph. Andrey Vladimirovich, THANK YOU! 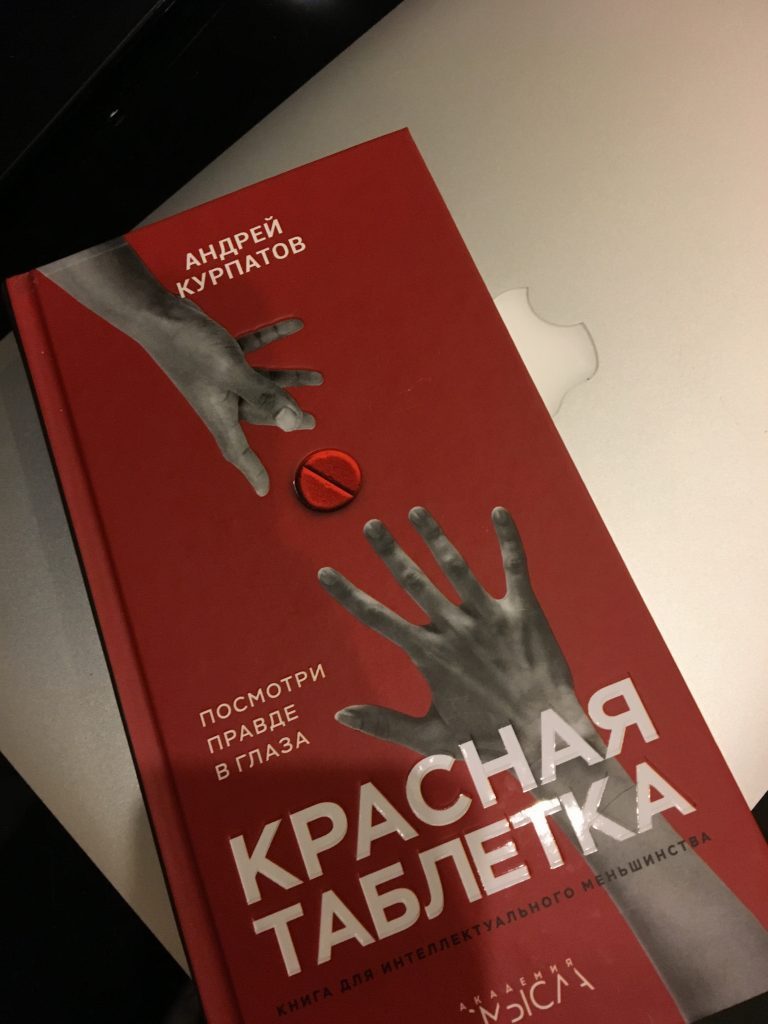 What’s not going to be in my blog